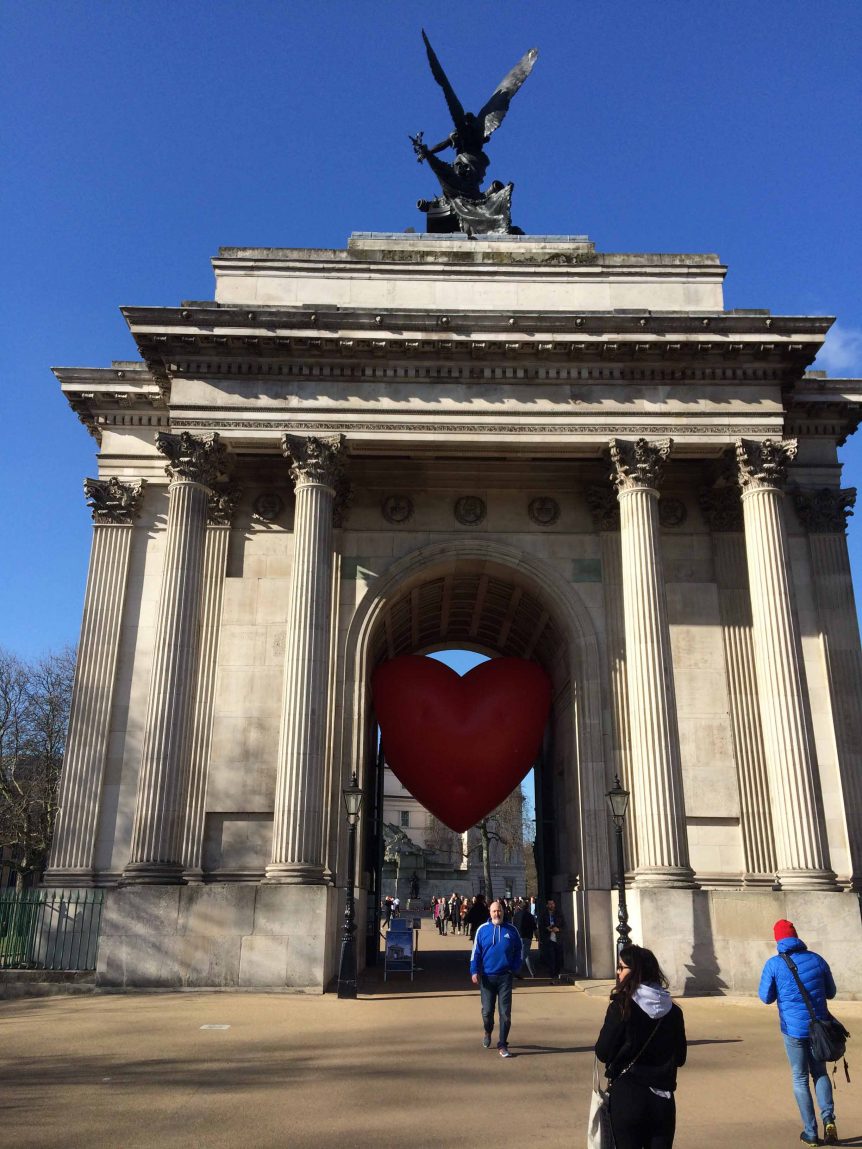 It has been an exhausting but exciting few weeks! The world-famous designer Anya Hindmarch asked us to help bring her Chubby Hearts project to life across the Capital.

Anya conceived Chubby Hearts over London as a declaration of love to the city. Her idea was to float giant inflatable hearts over landmarks, starting on Valentine’s Day throughout London Fashion Week. The balloons would disappear each evening and reappear in a different location the next day. It was a really exciting project and shrouded in secrecy. But it was not without its complications! The hearts were a logistical jigsaw puzzle. Not only did we have to make the Chubby Hearts to Anya’s design. But we also had to inflate and install them at various different locations every day during the week. We had to consider changing weather conditions, not to mention the suitability of site locations.

So we made four 6.5m inflatable Chubby Hearts to be helium filled to float. We also made one slightly smaller 4.5m heart, as some of the locations were a bit tight. In addition, we made a 5.5m wide Chubby Heart to fit inside the Wellington Arch. And also another slightly smaller one for Covent Garden and for The Ritz and Dorchester hotels. These were air-filled and ‘squashed’ between the arches of those buildings. Eventually, we flew at 29 locations from Battersea Power Station to Piccadilly Circus. It was a great success! Chubby Hearts really captured the public imagination and popped up all over social media. It was amazing to be part of this campaign. Check out the great images on instagram #CHUBBYhearts. You can discover more about the project in our Anya Hindmarch’s Chubby Hearts case study. If you have a design project like Anya, ring us on 01295 278600 or email us. We are experts at creating custom inflatables. Our professional team will also manage logistics. Let’s get your project up and flying!