When we got a call from the accessories designer Anya Hindmarch, we were really excited. Her project was bold and innovative, but not without its challenges!

Anya wanted to create a 'love letter to London' to coincide with London Fashion Week. Her idea was to float huge inflatable Chubby Hearts over 29 prominent landmarks in the Capital. The iconic locations included Covent Garden, Leicester Square, and Westminster Cathedral Piazza. The plan was to launch appropriately on Valentine's Day.

Making the inflatables to Anya's design was not a problem. However, some of the locations required special consideration due to height or area restrictions. We ended up making four helium-filled 6.5m inflatable hearts, and one at 4.5m. These would be floated over landmarks like Battersea Power Station, Trafalgar Square and Picadilly Circus.

We also made a cold air-filled 5.5m inflatable heart, and a slightly smaller one. These would be used at sites where flying the hearts was not possible. Instead, a great alternative was to 'squash' them inside the architectural arches of locations like Wellington Arch, Covent Garden, The Ritz and The Dorchester.

As well as making the inflatable Chubby Hearts, we had to install them. This meant transporting and inflating them each morning. Added to that, we also had to supervise the flying at four or five different sites every day. Then in the evenings, we took them down and deflated them. The Chubby Hearts were ready for use again in a new location the following morning. For seven days we worked from 5am to 10.30pm. Our team on the ground dashed between venues in five different vehicles! We managed to fly at 28 of the 29 sites across Central London. 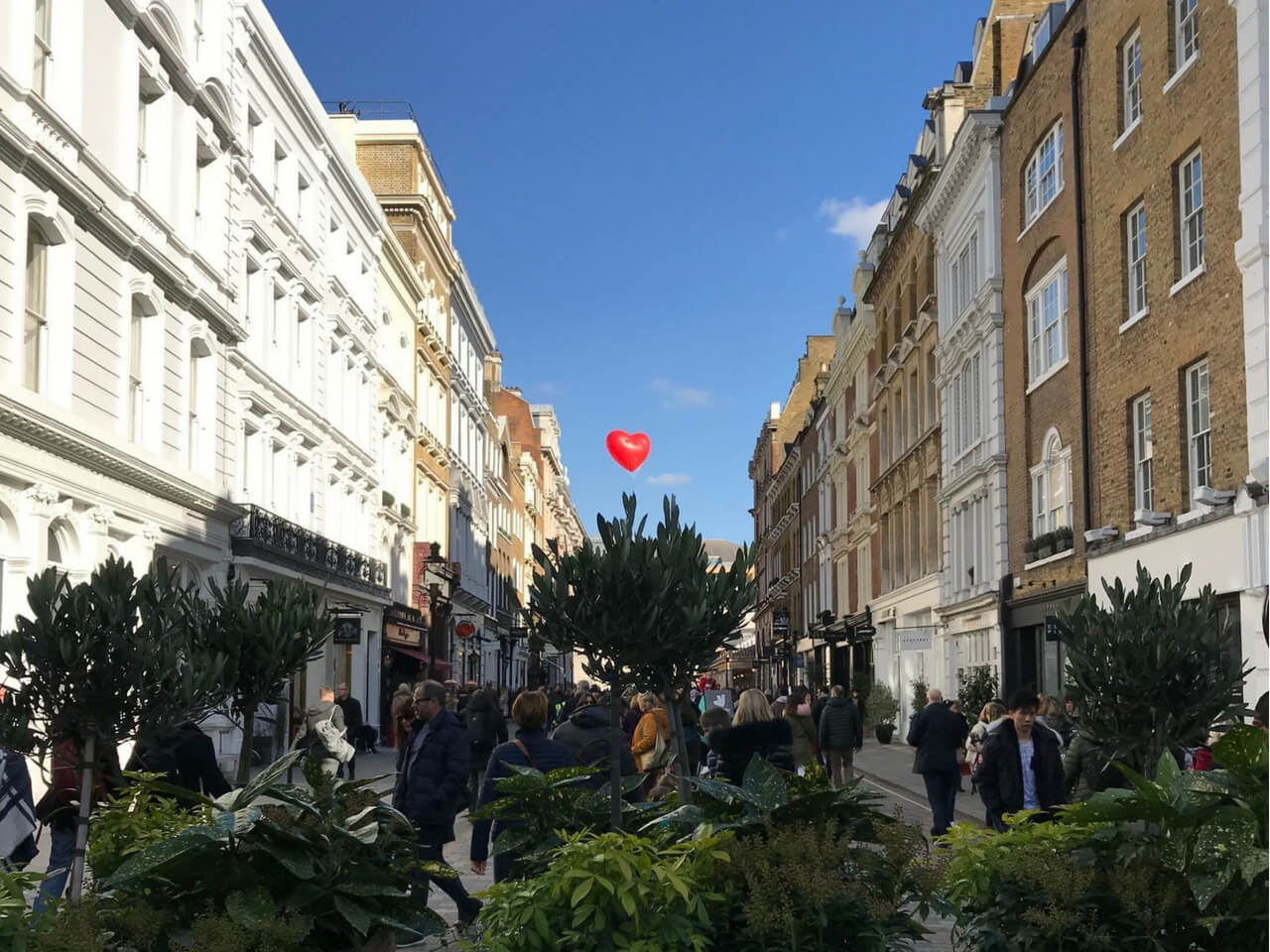 The project was logistically sensitive and shrouded in secrecy. The Mayor of London, the British Fashion Council, the City of Westminster and the Civil Aviation Authority came together.

We had to liaise with local councils, businesses and landowners across London. The CAA had to give us the appropriate permissions. We also dealt with site surveys and health and safety regulations. Sometimes things changed at the last minute, and we had to monitor the wind and weather.

Of course, Anya's Chubby Hearts caused a media storm. The project was so visually appealing and lent itself perfectly to social media. The reception from the public was fantastic. The giant Chubby Hearts really caught people's imagination.

There are nearly 5,500 posts on instagram using the hashtag #chubbyhearts, which have reached more than 18 million people. The campaign featured in all the newspapers and magazines. It was undoubtedly a great success! We were delighted to be part of this creative 'love letter to London'.

Read more about the campaign and watch the video on the Heart of London Bid website. See how ABC Inflatables got Anya Hindmarch's Chubby Hearts flying over London!